Quality service you can count on

Toilet Repair in
San Fernando Valley, CA and Nearby Areas

An out-of-order toilet can cause some serious problems in a home or a commercial space and should be repaired as soon as possible to avoid any disruptions to your life or your business. There are many different repairs that someone can do on their own, but if you want to get it done right and done quickly, your best option may be to contact a plumber. Sometimes the necessary repairs may not be as obvious as you would like, and after a few trips to the hardware store, you might find that the problems are not solved, or that a “quick fix” has turned into an ongoing project.

To make sure that your toilet gets repaired as quickly as possible with as little hassle as possible, contact the team at LeadingEdge Plumbing & Rooter now. We will be happy to schedule service for you and get your toilet back in working order. There is no job too big or too small for us to handle, and we will be happy to discuss your needs when you contact us. Read more below to get a better idea of some common repairs that toilets may need, and some tips on how to do the repairs yourself. 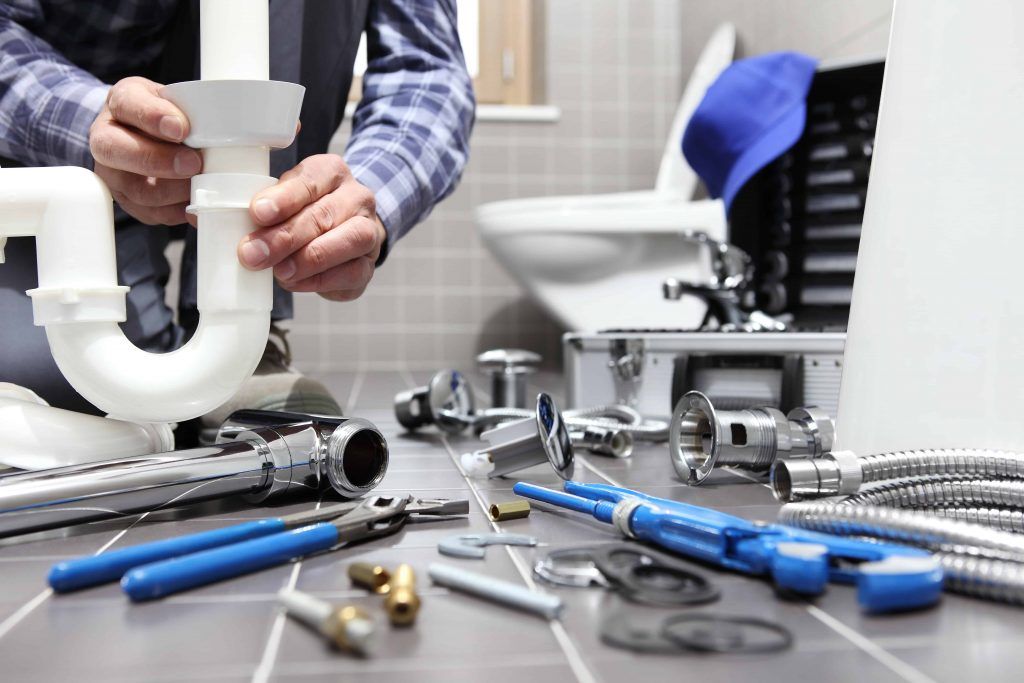 When is it time to repair your toilet? The following are some common problems that you may run into with a toilet, as well as the necessary and associated repairs for these issues. If you are experiencing any of these, you may want to investigate and attempt the repairs on your own first. If you would rather have a professional do it for you, call now.

If your toilet is always clogging, no matter how little waste you are trying to flush, then this could be the sign of poor flow. When your toilet is not able to release enough water at a high enough pressure to flush everything in the bowl, it can lead to constant clogging that gets very frustrating. This can be an issue of an older toilet, but it could also mean that you have a clogged drain vent. Whether age or your drain vent is the issue, each of these factors can contribute to low pressure.

If you do not think that flow and water pressure are the issue, then you may have a non-flushable object that is lodged in your trap or sewer line. In order to clear these objects, you may need to snake the line. If the blockage is far back in the pipe, you will likely need a professional to use a long drain snake in order to free up the flow and get your toilet back to flushing as expected.

A running toilet is a common issue, and many people simply work around this problem by jiggling the handle until it stops. While this is often a completely reasonable and effective method to keep the toilet from running, guests and visitors do not want to deal with this (and neither should you!). One of the most common reasons that a toilet runs continuously is because the “flapper” in the tank is cracked or deteriorated, meaning that it does not hold a tight seal and allows water to leak from the bowl.

When water leaks from the flapper, the float ball that typically shuts off the flowing water once the tank is full enough will never engage enough to cut off the fresh water running in, meaning that you could be wasting tens (or more) of gallons of water EVERY DAY. Replacing the flapper should be the first thing that you consider when you are trying to fix a running toilet, which is an easy-to-find piece at nearly every hardware store in San Fernando Valley, CA.

Even if you are not having issues with clogging, you may still find that your toilet is slow to flush. In some cases, slow flushing may contribute to frequent clogging. Either way, water pressure may again play a large role in this issue, meaning that you will need to address the possible causes of low pressure in your toilet first.

One of the most common reasons for a slow flush is because there is not enough water in your tank, which could be a simple adjustment to the height of your float ball to allow for more water. Typically, you would like to have your float ball (and water level) about a half-inch below the opening of the overflow pipe in the tank.

If adjusting the water level does not help, or if your water level is already where it should be, then you could have some blockage from mineral buildup along the sides of the bowl. This is especially common with “hard” water, but regardless of the mineral content of your water, you should check this before moving to more drastic measures. Cleaning under the bowl can allow for more water to release at a higher speed and pressure, which can increase the speed of your flush significantly.

Leaks Around the Toilet Base

Another common problem with a toilet is the result of a loose seal and leads to pooling water underneath the base of the toilet that can lead to mold, rot, and other problems if not addressed as soon as possible. Most often, this leakage is the result of a faulty seal beneath the toilet. Fixing this problem will require removing the toilet from where it is, which may or may not be an easy job depending on your level of experience.

In order to fix the leak, you will need to remove the toilet from where it is, which will likely require disconnecting the water from the unit and emptying the tank. Once you are able to lift the toilet off of the floor and move it aside, you will need to remove the existing wax ring that has failed and allowed for the water to leak. Once you have completely removed the existing wax ring, replace it with a new ring and lower the toilet onto it evenly in order to fill all of the spaces and create a tight seal.

If you need a plumber in San Fernando Valley, CA, contact LeadingEdge Plumbing & Rooter for all of your plumbing repairs and installations. Call us at 888-525-3234 to set an appointment. We'll be happy to set up an appointment time with you when you need us to take care of any plumbing issue.

As a new customer, we’ll give you a $50 discount on your plumbing repair.